Bill is an American actor, director, playwright and Jesuit priest.

Recent plays include Stand Up Tragedy (Mark Taper Forum, LA Drama Critics Circle Award Winner for Distinguished Playwriting 1989) Equivocation, and 9 Circles
His play How to Write a New Book for the Bible was produced at Seattle's REP, January 13 to February 5, 2012, and afterwards, at various venues around the country. The play is based on Cain's own family
TV credits include Nothing Sacred  - a controversial depiction of life in a modern Catholic parish, which aired in 1997-98 on ABC. House of Cards and Bloodline. 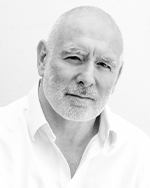 Globally acclaimed as a solo-performer (Animal Farm, Under Milk Wood), Guy began directing in 1991 with Peter Shaffer's The Public Ear & The Private Eye. In 1993 he directed his first one person play, Playing Burton about his uncle, Richard Burton. Since then he has directed 41 more shows, of which 25 were solos.

Over 27 consecutive seasons at the Edinburgh Fringe since 1994, Masterson has presented over 140 productions and directed several of its most celebrated hits including: Adolf (1999); 12 Angry Men (with Bill Bailey 2003) - which smashed all box office records, and for which he received Edinburgh's most prestigious prize - The Jack Tinker 'Spirit of the Fringe' Award among several others.

His acclaimed Morecambe, (2009), transferred to the West End and won WOS & TMA awards, plus the Laurence Olivier Award for Best Entertainment and a nomination for the performer.

In 2018 Guy co-wrote and directed The Marilyn Conspiracy, and in 2019, he directed The Shark Is Broken at Edinburgh, which transferred triumphantly to the West End in 2021/22 and was nominated for an Olivier Award for Best New Comedy. Most recently, he directed Samara Neely-Cohen’s debut solo, Snatched! at The White Bear. 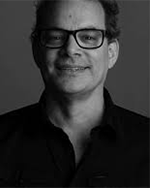 Mark's career includes a distinguished association with Rambert, one of the world’s leading dance companies, where he first danced with the company in 1979 and again from 1983 – 1993. He established Mark Baldwin Dance Company (1993 – 2001) during which time he created over 40 works for his own company and The Royal Ballet, Royal New Zealand Ballet, Scottish Ballet (where he was resident choreographer in 1996), London City Ballet, Cisne Negro Dance Company (Brazil), Modern Dance Company of Argentina, Phoenix Dance Theatre, Staatsoper Berlin, and Rambert.

In 2002, Mark returned to Rambert to take up the post of Director where he remained until 2018. During this time, the company won 15 Critics’ Circle National Dance Awards, two Olivier Awards and five Olivier Award nominations. In 2016, Mark was awarded an OBE for his
services to dance, and in 2019 he received the Critics’ Circle De Valois Award for Outstanding Achievement in Dance. While very much enjoying developing his own projects Mark is thrilled to join the team of 9 Circles as movement director."

Duncan trained as an actor at Webber Douglas. Theatre Academy. Theatre includes Golden Boy and The Man Who Stole a Winter Coat; Hitler Sells Tickets (Boothby Graffoe). In Brighton: Spy, Moonlight Over India and Metronome and Underdogs. Touchstone and Benedick in As You Like It and Much Ado About Nothing. More recently he performed as Gus Derbyshire in Hangman and Underneath the Lintel. In 2018, he wrote his own solo piece The Polished Scar. He also played Scheider in the originating cast of The Shark Is Broken at Edinburgh 2019. He also designed the set for the Olivier nominated West End transfer.

Tom Turner (he/him) is a lighting designer and associate lighting designer. His designs include Venus & Adonis, Dido & Aeneas and La Traviata (Hampstead Garden Opera), The Dog Walker (Jermyn Street Theatre), Itaipu (Queen Elizabeth Hall), and 9 to 5 The Musical (Upstairs at the Gatehouse). As Associate Lighting Designer: Les Miserables The Concert (Gielgud Theatre), The Grinning Man (Trafalgar Studios), Bat Out of Hell (West End & UK Tour), Chess (ENO), Matthew Bourne's Swan Lake (International Tour), The Remains of the Day (UK Tour), Messiah (Bristol Old Vic). He works alongside Ammonite as a Studio Associate on a number of large theatre projects. Upcoming projects include The Childish Land at the Edinburgh Fringe and the UK Tour of Ocean at the End of the Lane as Associate Lighting Designer. He holds an MA in Geography.

Jack Arnold is BIFA-winning and RTS-nominated composer and producer working in feature film, television drama and documentary on a wide range of award-winning work.
Recent work includes the critically acclaimed feature film, and BAFTA Scotland 2019’s Best Picture Wild Rose directed by Tom Harper starring Jessie Buckley and Julie Walters, for which he won the 2019 BIFA for Best Music, and the featured song Glasgow (No Place Like Home), was shortlisted for Best Song at the 2020 Academy Awards, and won several other major industry awards; The Level, a thriller series for ITV1; and comedy drama series Loaded for C4/AMC. The BAFTA nominated Holy Flying Circus comedy by Tony Roche and directed by Owen Harris about “The Life of Brian”, for which he received an RTS Award nomination for Best Score in 2012.
His collaboration with Tom Harper is a long one, beginning with several short films, and then Tom’s debut feature, critically acclaimed The Scouting Book for Boys in 2009, written by Jack Thorne;  2014's War Book followed that, also penned by Thorne, a track composed for 2015's The Woman In Black: Angel of Death; additional music for the BBC’s 2016 adaptation of War and Peace; The Aeronauts starring Eddie Redmayne & Felicity Jones.
Other film work includes Albatross, starring Felicity Jones and Jessica Brown Findlay; legal drama series Striking Out for RTÉ; and the Beckoning for C4/Discovery.
Stage includes The Devil’s Passion directed by Guy Masterson, and Walking To Jerusalem for Justin Butcher.

In 2017 Eleanor won the Linbury Prize for Stage Design for her work designing Phoenix Dance Theatre’s ‘Windrush: Movement of the People’, which toured nationally and internationally before being broadcast on the BBC. In 2020 she was nominated for the Evening Standard Future Theatre Award by The Globe.

Match Day
Finsbury Park station and the surrounding area can get very busy when Arsenal play at home. These days are highlighted on the schedule. Latecomers may not be admitted.

Strictly NO latecomers or readmission.