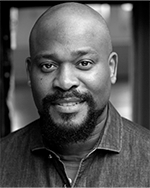 Charles is a highly experienced actor with numerous stage and screen appearances to his credit.

Film and Television includes: Heavy Metal, In Case of Incasity, Dancing on the Edge, My Week With Marilyn, LittleBigPlanet PSP and Osoufia in London (one of the highest selling Nollywood films in history) and Bloods.

He has appeared in many corporate films and commercials, most recently seen preparing for a BBQ for Iceland, as the Birthday Man suffering commissary for Purple Bricks and as a Dealer for Suzuki Swift.  He also filmed a music video with Navos for the track Believe Me.

He is delighted to be part of this production of Tony! 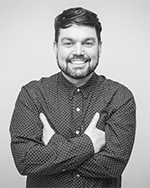 Charlie Baker is an award-winning stand-up comedian, award-winning radio host and award-winning dancer. He trained as an actor at LAMDA and the National Youth Theatre. His versatile skills have seen him earn a reputation as ‘a superior take on the modern showman’ (The Guardian).

Other credits include: Four Weddings and a Funeral, Back, The IT Crowd, Miranda, Vexed, EastEnders, Doctor Who and feature film The Boy in the Striped Pyjamas.

Charlie is a staple act of the Edinburgh Fringe Festival since his debut solo hour in 2009 which won him the Mervyn Stutter Spirit of the Fringe Award. This led to sell-out runs with four shows. Charlie is currently supporting Jack Dee on his tour and will be working on his brand-new stand-up show in 2022.

An avid sports fan, Charlie can be heard on Talksport every Saturday for the Game Day Warm Up as well as covering on weekdays on Hawksbee & Jacobs. 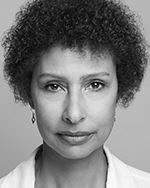 Kaye was born in Guyana in the Caribbean and brought up in Aberdeen, Scotland. 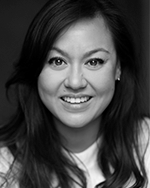 Marisa is a recent graduate from The London School Of Musical Theatre.

Marisa made her professional stage debut in ALADDIN (Mercury Theatre, Colchester) where she played numerous roles including Sergeant Grabbem and the role of Aladdin.

Roles in training include: Marlene in Top Girls, Isabella in Under the Canvas Sky, Antonio in The Merchant of Venice, Ensemble in The Hunchback of Notre Dame, Kitt in Betty Blue Eyes (workshop), Cigar Girl in Carmen and Leeza in No One In The World. 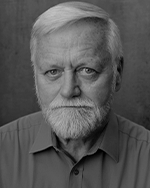 Martin’s lead performance as Mike Richards in the feature film Room 7 won him the Best Actor in a Feature Film Award at the BSI Fim Festival.

His last theatre work was playing the roles of King Duncan, Old Man and Doctor in Macbeth, directed by Douglas Rintoul at The Queens Theatre, Hornchurch and on tour.

He is an original cast member of Harry Potter and the Cursed Child Parts I & II, (Palace Theatre, London) where he played the role of Station Master and regularly played the roles of Professor Dumbledore and Amos Diggory, as well as various Wizards, oh, and a Muggle!

He is a seasonal regular in Greenwich Theatres award winning pantomimes; Sleeping Beauty; Red Riding Hood and Jack and the Beanstalk.

Martin originated lead roles in the new British musicals; The Queen and I; 24/7 (TwentyFour Seven) Passport To Pimlico!; and the industry workshop staging of The Secret Diary of Adrian Mole.

On tour he has played Herbert Parchester, the Family Solicitor in; Me and My Girl (Original UK National Tour). The Secret Garden (UK Concert Tour). Eugene Krabs in the SpongeBob SquarePants - The Musical (UK Tour); It's A Wonderful Life (UK Tour); Footloose - The Musical (Novello Theatre, UK and Ireland Tour). Annie - The Musical (Aberystwyth Arts Centre). The leading role of Dr Jekyll and Mr Hyde, in Jekyll & Hyde (Tour); On A Clear Day You Can See Forever (Bridewell Theatre, London); Sweethearts (Finborough Theatre); The Most Humane Way to Kill a Lobster (Theatre503); Snow White and the Seven Dwarfs (Towngate Theatre, Basildon and The Millfield Theatre, London).

In his youth he appeared for several seasons with the Royal Opera Company at Covent Garden in productions of; Turandot, Boris Godunof, Tosca, Rigoletto and Peter Grimes, in which he had a role specifically created for him, Hobson's Apprentice, and one which he repeated at La Scala Opera House, Milan. 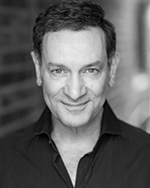 Recent work includes: Jewish Hollywood (Upstairs at the Gatehouse); Waving (TankTop Films); The Sound of Music (UK Tour); The Cereal Cafe (The Other Palace) and his cabaret Unleashed (The Crazy Coqs).

Other theatre credits include: On The Twentieth Century (Union Theatre); A Catered Affair (London Theatre Workshop, London Premiere); The Roar of the Greasepaint - The Smell of the Crowd (Orange Tree Theatre, Richmond, London Premiere) and Invade My Privacy (Riverside Studios).

UK Tours include: Can't Smile Without You (Bill Kenwright Productions); One Flew Over the Cuckoo's Nest (Nimax Productions) and The Rocky Horror Show (RHS London Productions). 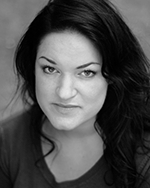 Most recently, Rosie performed in the gala concert of MIMMA at Cadogan Hall with the BBC Concert Orchestra alongside Sir David Suchet and Louise Dearman.

Awards: Merseyside Voice of the Year

Rosie regularly collaborates with composer/producer Dan Samsa, most recently as a vocalist on his album Contours released by Apollo Records featuring on Gilles Peterson’s BBC Radio 6 Music show. Joining forces with The London Contemporary Orchestra, Alison D’Souza and choreographer Ukweli Roach, the work SPECTRUM premiered at the Albany Theatre in 2021. 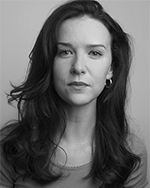 Holly trained at the Royal Central School of Speech and Drama from which she graduated in 2016.

Theatre credits include: Understudy in Groan Ups (UK Tour & West End) and Caprice in The Comedy About a Bank Robbery (West End).

Television credits include: Sarah in The Goes Wrong Show (BBC). 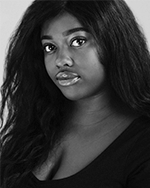 Theatre Credits Include: Rafiki in Mickey and the Magician Original Cast (Disneyland Paris); Ensemble in The Book of Mormon (West End) and Martha in Heathers The Musical (West End).

Madison would like to thank all of her family and friends for their continued love and support. 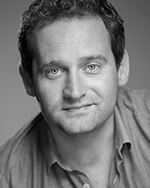 Workshops: Time Travellers Wife, The Prince of Air, Hugo, Around the World in Eighty Days for Sean Foley and The Parting Glass for Alan Gilsenan.

Contains some strong language and tackles important issues of race, gender and class in provocative and satirical ways. Strobe lighting effects and smoke is also used in the production