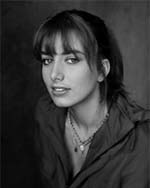 Zoe played Iris in The Nether at the Royal Court & Duke of Yorks Theatre directed by Jeremy Herrin. She was very lucky to be nominated for an Olivier award for Best Supporting actor.

She played Blousey in Bugsy Malone at the Lyric Theatre Hammersmith directed by Sean Holmes and Lilly Potter in Harry Potter & The Cursed Child at the Palace Theatre directed by John Tiffany. 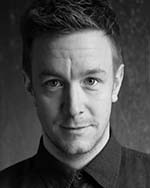 In 2015 he embarked on a year with The Kenneth Branagh Theatre Company in the West End, where he played The Clown in The Winter's Tale for which he received an Ian Charleston nomination and Benvolio in Romeo and Juliet, alongside Derek Jacobi and Judi Dench respectively as well as Harlinquinade, Crying in the Chapel, Troilus and Cressida. He also appeared in the Branagh directed Shakespeare biopic All Is True.

Since his graduation he has appeared in numerous film and television productions including The Window, Temple (Sky), Call the Midwife (BBC), Liar (ITV), the Trials of Jimmy Rose (ITV), The Terror (AMC), Lucky Man (Sky), Alice Through the Looking Glass (Disney) and Polar Bear (Film4). 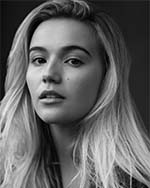 Kate trained at the Stella Adler Studio of Acting and the New York Film Academy. 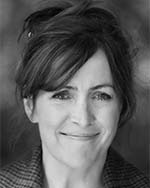 Jane has worked extensively in TV, Radio and in Theatres worldwide.

For Hampstead Theatre Jane was in the original production of All Things Considered. In the West End she took the lead in Alan Ayckbourn’s West End production of Communicating Doors. Amongst many other theatre roles across the UK and worldwide she played Juliet in Romeo and Juliet in a world tour culminating in several weeks at the Globe Theatre, Japan.

She has written scripts for Survivors, Ata Girl, and Transference for Big Finish Productions. Her novel, Writing on the Water is published by Transworld, Black Swan. 2019 marked Jane’s directorial debut with her short film #67Times.

For Big Finish Audio she plays companion Anya Kingdom to the Fourth and Tenth doctors, Tom Baker and David Tennant.

Television credits include: The Interview (C5) Moving On (BBC), Clocking Off (BBC), Coronation St (ITV), Holby City (BBC), Doctors (BBC), Casualty (BBC), Always and Everyone (ITV), The Bill, Ultraviolet (C4), Harley and The Davidsons (DISCOVERY) and many others. 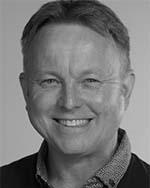 Chris trained at the London Academy of Performing Arts and graduated a gazillion years ago.

His most recent theatre credit was playing the iconic Steve Marriott in Carol Harrison's rock and roll musical All or Nothing at The Ambassadors theatre in London's West End.

Film credits include: Ibiza Undead, Undercover Hooligan, The Snarling, Escape from Dunkirk, The Tombs, Trendy and The Last Twitch (due to be released this year). 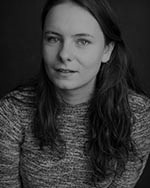 Theatre includes How Love Is Spelt (Southwark Playhouse), An Inspector Calls (UK Tour), I Hate Alone (Middle Child Theatre); The Mouth of a Shark (VAULT Festival) and By My Strength (Women and War Festival).

Park Up Members (16 – 26 yrs)
Available on all shows
Tickets £10*
Find out more about joining our Park Up scheme with great perks here.