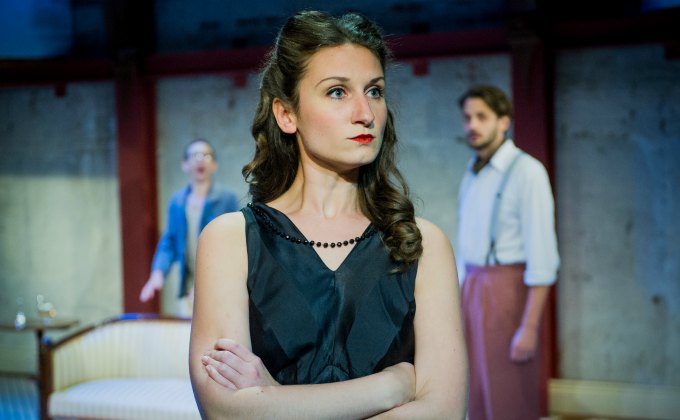 The Roundabout is a delightful comedy by one of Britain’s most prolific playwrights J.B. Priestley, beloved for such classics as An Inspector Calls and Time and the Conways. Described by The Spectator as "remarkably good entertainment," it has subsequently disappeared from view.

The Kettlewells are a dysfunctional family. Richard is an old Etonian whose business ventures are failing. Over one crowded weekend, his daughter Pamela, whom he hardly knows, returns from Russia, a passionate communist; his ex-wife and mistress both turn up; and his butler has a big win at the races.

The Roundabout is a funny, touching, highly perceptive look at England in the 1930s, when it looked, just possibly, as if the social order might be changing.

"A star performance from Bessie Carter… one to watch" Evening Standard

"The acting is faultless, funny and interesting" ★★★★ West End Wilma

Captioned performance
Thu 22 September 19:30
*Access tickets for this performance can be booked by calling the box office on 020 7870 6876 or emailing [email protected] and requesting a call back by a member of our team.

NB: Eligibility for concessions and Pay What You Can tickets has changed. Please click here for details.