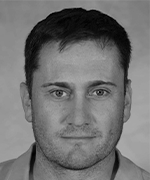 Kevin is the artistic director of KEPOW Theatre Company and past winner of the Rose Bruford Trust Directors Award.

He has directed 45 plays professionally, including several plays for the British Council in Singapore and numerous other productions in Hong Kong and Dubai. For six years he was a regular contributor to the work of the Royal National Theatre in London; teaching acting workshops in the Studio and working as the comedy consultant on the Education Department's touring production of A Midsummer Night’s Dream.

Kevin has worked with the legendary Keith Johnstone (author of Impro) on numerous occasions - in Canada and the UK - directing several world premieres of Keith's plays; most notably the highly successful sell out production of Open Season in Calgary in 2007.

During Lockdown, he directed Measure for Measure and Tartuf e at DSL with their graduating students and a full mask production of Animal Farm at the Oxford Pegasus Theatre. For two years, Kevin was the writer-in-residence at the Royal and Derngate Theatre in Northampton. His play Who? was performed upstairs at the Royal Court Theatre in London, having won the Sunday Times Playwright Award. Due to his past writing experience, Kevin also works as a dramaturge.

Park Up Members (16 – 26 yrs)
Available on all shows.
Tickets £10*
Find out more about joining our Park Up scheme with great perks here.

Please be advised this production touches on themes of abuse and contains a suggestion of violence, please use discretion.