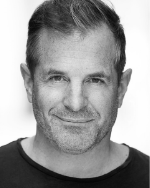 Michael trained at RADA after which he worked for several years with Shared Experience Theatre Company with Mill on the Floss and Jane Eyre. He then joined the Royal Shakespeare Company where he played Mr Tumnus in The Lion The Witch and the Wardrobe at Sadlers Wells and then began to play leading roles for them in shows like Eastward Ho!, The Canterbury Tales and The Island Princess and for Headlong The End of the Affair and Rough Crossings and has performed at the Globe theatre in A Midsummer Night’s Dream and Timon of Athens and Tis Pity She’s A Whore at West Yorkshire Playhouse. Michael also created the role of Tito Merelli in Lend Me a Tenor in the West End and The Baker in The Baker’s Wife at the Union. In musical theatre, Michael created and recorded the part of Benoit the Fool in the original cast of Cameron MacIntosh’s Martin Guerre, and Izzy in Imagine This at the Gillian Lynne Theatre (Formerly New London Theatre). He has been nominated for a WhatsOnStage Award, two Off West End awards, a Helen Hayes award in the US and has jointly won an Olivier Award for The RSC Ensemble in 2003.

Television credits include: Endeavour, Shakespeare and Hathaway, This is Dom Joly, EastEnders, A Prince Among Men, The Split, The Crying Game and The Muppet Christmas Carol. 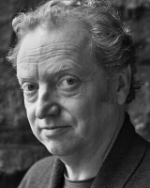 Paul is co-founder and Artistic Director of Told By An Idiot.

Film and Television credits include: Bridgerton, Quiz, The Birth of Valerie Venue, Midsomer Murders, Still Open All Hours, Denial, This Beautiful Fantastic, Pan, Marvellous, Cinderella, Maleficent, Wizards vs. Aliens, Snow White and the Huntsman, Pirates of the Caribbean, One Day, Trinity, After You’ve Gone, Absolute Power, The Only Boy For Me, Tunnel of Love, Mitchell and Kenyon, Black Books, Hardware, Everything I Know About Men, My Family, Music at the Close, Absurd, Vertical Hold, Hanging Around. 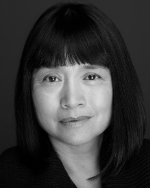 Sarah has been working in theatre, television and film since 1980.

Film credits include: Hamlet, Tropic of Ice, To Be the Best, China Connection and Shanghai Surprise.

Radio credits include: Lights, Camera, Action and The Inspector Chen. 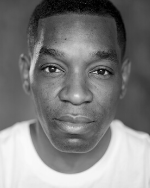 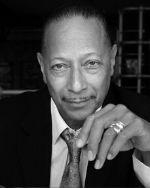 He first shot to fame in 1968 when he starred as Hud in the London Production of the seminal musical Hair (Shaftesbury Theatre).  He went on to appear in Tommy (Shaftesbury Theatre). The Rocky Horror Show, Blues in the Night (Donmar Warehouse) and the original Phantom of the Opera (Her Majesty’s Theatre). He has released solo albums and recordings with Freddie Mercury, as well as starring in critically acclaimed one man shows and concert appearances. Most recently he starred in Peter Straker's Brel which enjoyed sold out performances in London. In September Straker released a new album. 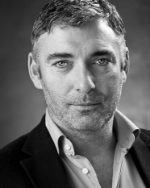 Mark began his career as an astonishingly average stand-up comedian before winning a scholarship to drama school; a huge relief for him but more so for comedy club audiences throughout the UK. Since then he has appeared regularly on stage and screen and works extensively as a voice-over artist for both radio and television. Mark has just finished Ozymandias, an independent feature film about an ageing Orson Welles coming to terms with his mortality, co-written with BAFTA and EMMY winner John Hay.  Eddie Izzard is set to star. As a writer he has co-written Sleeping Beauty, Jack and the Beanstalk (both published by Methuen) and Rapunzel (published by Playdead Press) all with Jez Bond, the Artistic Director of Park Theatre and all performed at the mentioned venue. Jez and Mark’s last collaboration, Whodunnit [Unrehearsed] played at Park Theatre in 2019. 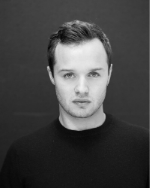 Arthur trained at the Royal Welsh College of Music & Drama, graduating in 2013. He joined the BBC Radio Drama Company after becoming a recipient of the Carleton Hobbs bursary award.

Television credits include: Doctors and The Innocents.

Radio credits include: The Archers, Sword of Honour, Listening to the Dead, The Orestea, Pilgrim, Home Front, Ordeal by Innocence, The Other Simenon, For Whom the Bell Tolls, The Real Trial of Oscar Wilde and Democracy for Beginners. 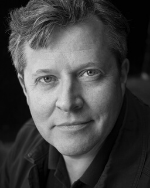 Simon was born in Blackpool and trained at LAMDA, winning the St Philip’s Trophy. He appeared as the 'Politician/News Anchor' in all tour visuals for British Award-winning band BΔSTILLE’s highly acclaimed ‘Wild World’ Tour and the music video 'Fake It.'

For Park Theatre: Mother of Him

Film credits include: Walking With The Enemy, Sink, Love’s Kitchen, 47 Cleveland, The Holly Kane Experiment, Tezz and The Walker. 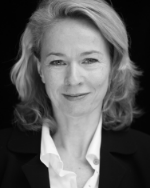 Film credits include: The Protector 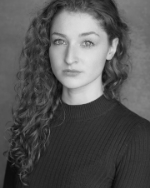 Georgina trained at Drama Centre, London. Prior to Drama Centre, she studied Music at the University of Leeds, graduating with a BA Hons and also became a member of the National Youth Theatre.

Theatre credits include: Three Sisters (Boris Shchukin Theatre Institute, Moscow); My Mother Said I Never Should and The Rise and Fall of Little Voice (Theatre by the Lake, Keswick). Georgina received a Stage Debut nomination for ‘Best Actress in a Musical’ (2019).

Other credits whilst in training include: Osage County, The Tempest, Rules for Living, The Wild Duck and The Murders at Argos. 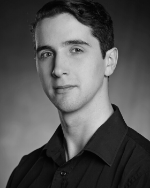 William trained at the National Institute of Dramatic Arts in Sydney Australia and King’s College London.