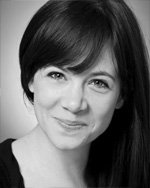 Jo is a performer and theatre-maker and Co-Artistic Director of Hot Coals Theatre and was amongst the first graduates from RADA's brand new post-graduate course, MA Theatre Lab. Recent roles include; Irina in Storm in a Teacup (Hot Coals Theatre), Lucy in Baggage (directed by Ben Mills written by Lydia Thomas), several leading roles in student films at UCA and the role of Underwater Girl in a music video Budapest (cast and directed by Des Hamilton). Her roles while at RADA include Lampito in Lysistrata, Puck in Midsummer Night’s Dream and Irina in Three Sisters. Jo graduated from the University of Winchester in 2011 with a BA Hons in Drama Studies where she developed a passion for devising theatre, directing and performing in several productions including Bellum Bestia, where she played Desdemona in a devised adaptation of Shakespeare's Othello, a physical exploration of the effects of PTSD. She has a passion for language and making theatre that is inclusive for all. 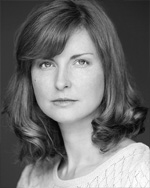 Clare-Louise is a performer and theatre-maker, she is partially deaf and passionate about making inclusive theatre. She was amongst the first graduates from RADA's brand new post-graduate course, MA Theatre Lab. Recent theatre includes; The Very Magic Flute (Krazy Kat Theatre, touring) a family show combining BSL, English and puppetry, Trinkets and TwentyFortySeven both rehearsed readings (Deafinitely Theatre), Helena in A Midsummer Night's Dream, Gus in The Dumb Waiter (Courtyard Theatre), Emily in Absence (Camden Fringe) and Isabella in Measure for Measure. Clare-Louise has played the lead in the BBC Radio 4 afternoon play, The Dead House at Para and appeared in various films including, award winning feature, Colin, and recent short film, The Quiet Ones. Clare is Co-Artistic Director of Hot Coals Theatre with whom she played Masha in their successful show Storm in a Teacup, which toured the UK and internationally and was performed at Edinburgh Fringe last year.

Film Credits: Colin, The Guiet ones.