Beneath The Blue Rinse

Beneath The Blue Rinse 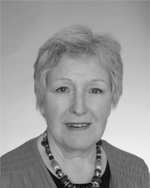 Theatre credits include: Doris in A Cream Cracker Under the Settee (Leeds Playhouse), Returning to Haifa (Finborough), Kenny Morgan (Arcola), The Ladykillers (Newbury), The Crucible and Enjoy (West Yorkshire Playhouse), Macbeth and The Daughter in Law (Sheffield Crucible), Uncle Vanya (The Print Room), The Enchantment and A Prayer for Owen Meany (National Theatre), The Lady in the Van (Salisbury Playhouse), We'll Always Have Paris (Mill at Sonning), A Lady of Letters & Just Between Ourselves (Scarborough & Northampton), Kiss Me Like You Mean It (Soho Theatre), All My Sons (Bristol Old Vic), Hedda Gabler (Manchester Royal Exchange), Noises Off (Liverpool), The Madness of Esme & Shaz (Royal Court), Dearly Beloved (Hampstead Theatre). Marlene has also written and performed several one woman plays. 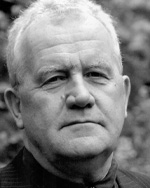 Television includes:  two years as Keith Appleyard in Coronation Street, guest artiste in Casualty, Midsomer Murders , New Tricks , One Foot in The Grave, Moon and Son, The Bill, Second Sight. Film includes: The Man With The Iron Heart, Martha and Mary, Dracula, The Prince and The Pauper, The Legend of the Boogeyman, Remains of the Day, The Great Escape, Romeo and Juliet , She Stoops To Conquer, Three Men And A Little Lady, Charles 111. 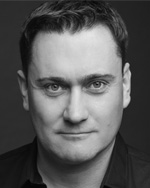 For the past 20 years, Kevin has worked extensively with the legendary Keith Johnstone (author of Impro) in Canada, playing the lead role in Keith's absurdist comedy Damian at the Garry Theatre in Calgary and also St Peter in The Invitation (also written by Keith). Kevin also performed alongside the cast of Whose Line is It Anyway? at the Hackney Empire - to help raise funds for the refurbishment of the Royal Court Theatre - a show which was directed by Keith and Phellim McDermott (Improbable Theatre). Kevin has also performed in various International Improvisation Tournements all over the world, including in; Canada, Holland, Norway, Germany, France and the USA. Film credits include: John Duncan in Devil's Harvest, alongside Brian Blessed and Julie T. Wallace. TV credits include: Puck in A Midsummer Night's Dream for BBC2 Open University. 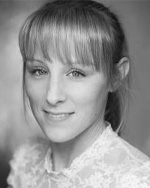 Please be advised there is swearing and strong language.